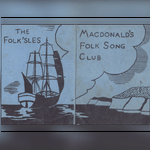 Three of the members of the Foc’s’les Folk Song Club sang together as a group called, unsurprisingly “The Foc’s’les”. They were Erick Gooding, Ron Wheeler and Clive Collins and they appeared at a number of concerts in the Midlands, including one at Birmingham Town Hall 0n 24th February 1967, when they supported Martin Carthy/Dave Swarbrick and the Young Tradition.

They also featured in a BBC series, recorded in during 1966/7, which were from a fictitious folk club called the “London Folk Song Cellar”, which was actually a cellar in Cecil Sharp House. The series was hosted by Robin Hall and Jimmy McGregor and included many singers who became icons of the folk song revival. The exact date of the recording is not known, but include :- Coast of Peru, Teeside Bridges ( which Erick wrote), Boston Harbour and A Long Long Time.

Many thanks to Mick Bramich for the recordings. 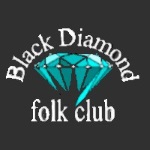