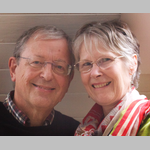 Martin and Shan Graebe are bringing a festive flavour to the club tonight. Amongst the repertoire will be songs of Christmas and beyond. Some of them may your favourites while others might be new to you. Come along and join in the choruses. Due to their previous Cds selling out they have recently released a new compilation Cd  called ‘Calm and Collected’.